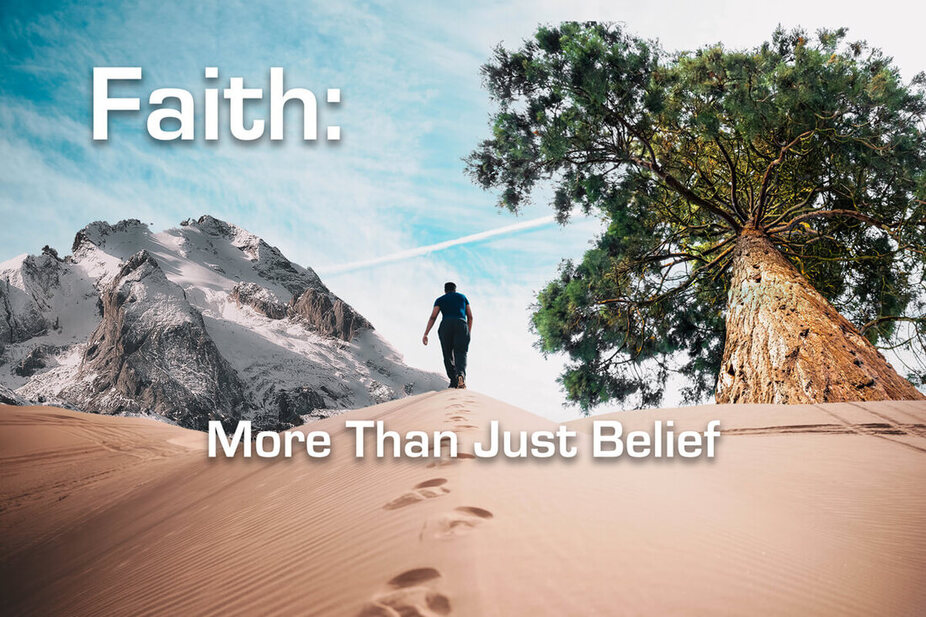 What good is it, my brothers and sisters, if someone claims to have faith but does not have works? Can this kind of faith save him? 15 If a brother or sister is poorly clothed and lacks daily food, 16 and one of you says to them, “Go in peace, keep warm and eat well,” but you do not give them what the body needs, what good is it? 17 So also faith, if it does not have works, is dead being by itself. 18 But someone will say, “You have faith and I have works.” Show me your faith without works and I will show you faith by my works. (Jas. 2:14-18)

For by the grace given to me I say to every one of you not to think more highly of yourself than you ought to think, but to think with sober discernment, as God has distributed to each of you a measure of faith. 4 For just as in one body we have many members, and not all the members serve the same function, 5 so we who are many are one body in Christ, and individually we are members who belong to one another. 6 And we have different gifts according to the grace given to us. If the gift is prophecy, that individual must use it in proportion to his faith. 7 If it is service, he must serve; if it is teaching, he must teach; 8 if it is exhortation, he must exhort; if it is contributing, he must do so with sincerity; if it is leadership, he must do so with diligence; if it is showing mercy, he must do so with cheerfulness. (Rom. 12:3-8)

Now the one who prepared us for this very purpose is God, who gave us the Spirit as a down payment. 6 Therefore we are always full of courage, and we know that as long as we are alive here on earth we are absent from the Lord— 7 for we live by faith, not by sight. 8 Thus we are full of courage and would prefer to be away from the body and at home with the Lord. 9 So then whether we are alive or away, we make it our ambition to please him. (2 Cor. 5:5-9)

“Therefore I tell you, do not worry about your life, what you will eat or drink, or about your body, what you will wear. Isn’t there more to life than food and more to the body than clothing? 26 Look at the birds in the sky: They do not sow, or reap, or gather into barns, yet your heavenly Father feeds them. Aren’t you more valuable than they are? 27 And which of you by worrying can add even one hour to his life? 28 Why do you worry about clothing? Think about how the flowers of the field grow; they do not work or spin. 29 Yet I tell you that not even Solomon in all his glory was clothed like one of these! 30 And if this is how God clothes the wild grass, which is here today and tomorrow is tossed into the fire to heat the oven, won’t he clothe you even more, you people of little faith? 31 So then, don’t worry saying, ‘What will we eat?’ or ‘What will we drink?’ or ‘What will we wear?’ 32 For the unconverted pursue these things, and your heavenly Father knows that you need them. 33 But above all pursue his kingdom and righteousness, and all these things will be given to you as well. (Matt. 6:25-33)

For we have brought nothing into this world and so we cannot take a single thing out either. 8 But if we have food and shelter, we will be satisfied with that. 9 Those who long to be rich, however, stumble into temptation and a trap and many senseless and harmful desires that plunge people into ruin and destruction. 10 For the love of money is the root of all evils. Some people in reaching for it have strayed from the faith and stabbed themselves with many pains.
11 But you, as a person dedicated to God, keep away from all that. Instead pursue righteousness, godliness, faithfulness, love, endurance, and gentleness. (1 Tim. 6:7-11)

But since we have the same spirit of faith as that shown in what has been written, “I believed; therefore I spoke,” we also believe, therefore we also speak. (2 Cor. 4:13)

But if someone does not provide for his own, especially his own family, he has denied the faith and is worse than an unbeliever. (1 Tim. 5:8)

Now faith is being sure of what we hope for, being convinced of what we do not see. 2 For by it the people of old received God’s commendation. 3 By faith we understand that the worlds were set in order at God’s command, so that the visible has its origin in the invisible. 4 By faith Abel offered God a greater sacrifice than Cain, and through his faith he was commended as righteous, because God commended him for his offerings. And through his faith he still speaks, though he is dead. 5 By faith Enoch was taken up so that he did not see death, and he was not to be found because God took him up. For before his removal he had been commended as having pleased God. 6 Now without faith it is impossible to please him, for the one who approaches God must believe that he exists and that he rewards those who seek him. (Heb. 11:1-7)

32 And what more shall I say? For time will fail me if I tell of Gideon, Barak, Samson, Jephthah, of David and Samuel and the prophets. 33 Through faith they conquered kingdoms, administered justice, gained what was promised, shut the mouths of lions, 34 quenched raging fire, escaped the edge of the sword, gained strength in weakness, became mighty in battle, put foreign armies to flight, 35 and women received back their dead raised to life. But others were tortured, not accepting release, to obtain resurrection to a better life. 36 And others experienced mocking and flogging, and even chains and imprisonment. 37 They were stoned, sawed apart, murdered with the sword; they went about in sheepskins and goatskins; they were destitute, afflicted, ill-treated 38 (the world was not worthy of them); they wandered in deserts and mountains and caves and openings in the earth. 39 And these all were commended for their faith… (Heb. 11:32-40)

Through these things he has bestowed on us his precious and most magnificent promises, so that by means of what was promised you may become partakers of the divine nature, after escaping the worldly corruption that is produced by evil desire. 5 For this very reason, make every effort to add to your faith excellence, to excellence, knowledge; 6 to knowledge, self-control; to self-control, perseverance; to perseverance, godliness; 7 to godliness, brotherly affection; to brotherly affection, unselfish love. 8 For if these things are really yours and are continually increasing, they will keep you from becoming ineffective and unproductive in your pursuit of knowing our Lord Jesus Christ more intimately. (2 Pet. 1:4-8)

For this is the love of God: that we keep his commandments. And his commandments do not weigh us down, 4 because everyone who has been fathered by God conquers the world.
This is the conquering power that has conquered the world: our faith. 5 Now who is the person who has conquered the world except the one who believes that Jesus is the Son of God? (1 John 5:3-5)
​
Open the gates so a righteous nation can enter--
one that remains trustworthy.
3 You keep completely safe the people who maintain their faith,
for they trust in you.
4 Trust in the LORD from this time forward,
even in YAH, the LORD, an enduring protector! (Isa. 26:2-4) 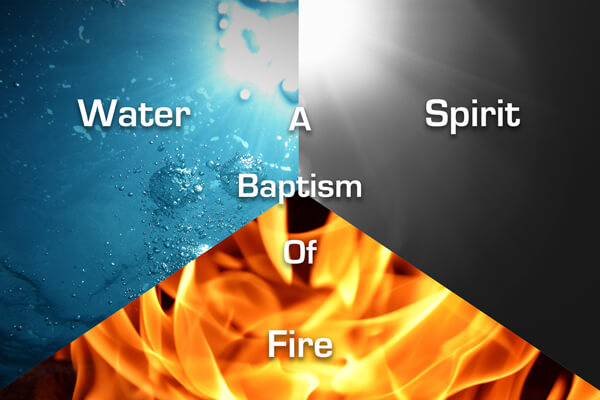