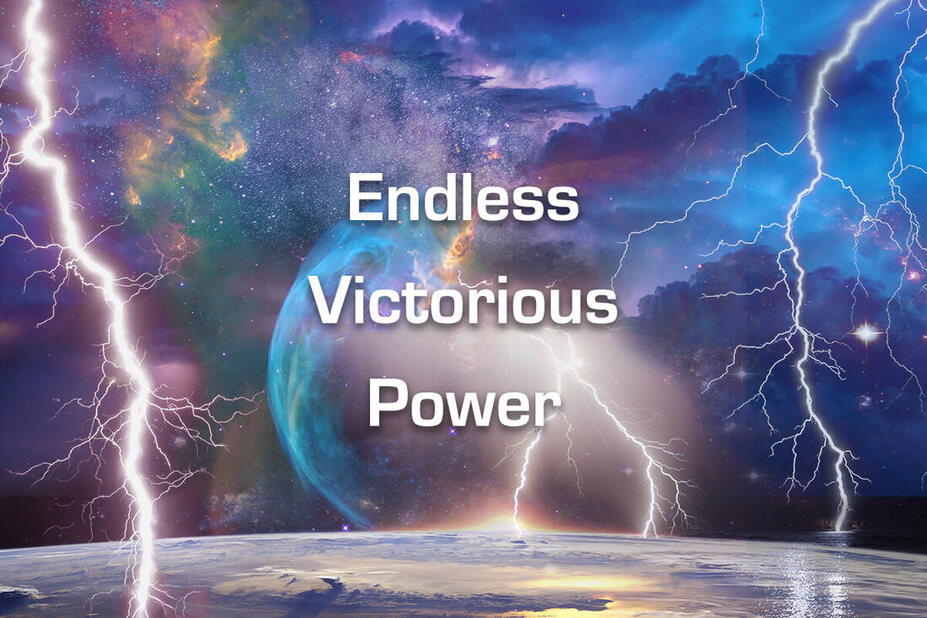 “I am the Alpha and the Omega,” says the Lord God—the one who is, and who was, and who is still to come—the All-Powerful! (Rev. 1:8)
So they say to God, ‘Turn away from us!
We do not want to know your ways.
15 Who is the Almighty, that we should serve him?
What would we gain
if we were to pray to him?’
16 But their prosperity is not their own doing.
The counsel of the wicked is far from me! (Job 21:14-16)

He frustrates the plans of the crafty
so that their hands cannot accomplish
what they had planned.
13 He catches the wise in their own craftiness,
and the counsel of the cunning is brought to a quick end.
14 They meet with darkness in the daytime,
and grope about in the noontime as if it were night.
15 So he saves from the sword that comes from their mouth,
even the poor from the hand of the powerful. (Job 5:12-15)

The underworld is naked before God;
the place of destruction lies uncovered.
7 He spreads out the northern skies over empty space;
he suspends the earth on nothing.
8 He locks the waters in his clouds,
and the clouds do not burst with the weight of them.
9 He conceals the face of the full moon,
shrouding it with his clouds.
10 He marks out the horizon on the surface of the waters
as a boundary between light and darkness.
11 The pillars of the heavens tremble
and are amazed at his rebuke.
12 By his power he stills the sea;
by his wisdom he cut Rahab the great sea monster to pieces.
13 By his breath the skies became fair;
his hand pierced the fleeing serpent.
14 Indeed, these are but the outer fringes of his ways!
How faint is the whisper we hear of him!
But who can understand the thunder of his power? (Job. 26:6-14)

Then the LORD answered Job out of the whirlwind:
4 “Where were you
when I laid the foundation of the earth?
Tell me, if you possess understanding.
5 Who set its measurements—if you know--
or who stretched a measuring line across it?
6 On what were its bases set,
or who laid its cornerstone--
7 when the morning stars sang in chorus,
and all the sons of God shouted for joy?

12 Have you ever in your life commanded the morning,
or made the dawn know its place,
13 that it might seize the corners of the earth,
and shake the wicked out of it?
14 The earth takes shape like clay under a seal;
its features are dyed like a garment.
15 Then from the wicked the light is withheld,
and the arm raised in violence is broken.
16 Have you gone to the springs that fill the sea,
or walked about in the recesses of the deep?
17 Have the gates of death been revealed to you?
Have you seen the gates of deepest darkness?
18 Have you considered the vast expanses of the earth?
Tell me, if you know it all.
19 “In what direction does light reside,
and darkness, where is its place,
20 that you may take them to their borders
and perceive the pathways to their homes?

31 Can you tie the bands of the Pleiades,
or release the cords of Orion?
32 Can you lead out
the constellations in their seasons,
or guide the Bear with its cubs?
33 Do you know the laws of the heavens,
or can you set up their rule over the earth?
34 Can you raise your voice to the clouds
so that a flood of water covers you?
35 Can you send out lightning bolts, and they go?
Will they say to you, ‘Here we are’?
36 Who has put wisdom in the heart,
or has imparted understanding to the mind? (Job 38:1,4-7,12-20, 31-36)

Beware, those who call evil good and good evil,
who turn darkness into light and light into darkness,
who turn bitter into sweet and sweet into bitter.
21 Beware, those who think they are wise,
those who think they possess understanding.
22 Beware, those who are champions at drinking,
who display great courage when mixing strong drinks.
23 They pronounce the guilty innocent for a payoff,
they ignore the just cause of the innocent.
24 Therefore, as flaming fire devours straw,
and dry grass disintegrates in the flames,
so their root will rot,
and their flower will blow away like dust.
For they have rejected the law of the LORD of Heaven’s Armies,
they have spurned the commands of the Holy One of Israel. (Isa. 5:20-24)

Now this is what I am saying, brothers and sisters: Flesh and blood cannot inherit the kingdom of God, nor does the perishable inherit the imperishable. 51 Listen, I will tell you a mystery: We will not all sleep, but we will all be changed— 52 in a moment, in the blinking of an eye, at the last trumpet. For the trumpet will sound, and the dead will be raised imperishable, and we will be changed. 53 For this perishable body must put on the imperishable, and this mortal body must put on immortality. 54 Now when this perishable puts on the imperishable, and this mortal puts on immortality, then the saying that is written will happen,
“Death has been swallowed up in victory.”
55 “Where, O death, is your victory?
Where, O death, is your sting?”
56 The sting of death is sin, and the power of sin is the law. 57 But thanks be to God, who gives us the victory through our Lord Jesus Christ! 58 So then, dear brothers and sisters, be firm. Do not be moved! Always be outstanding in the work of the Lord, knowing that your labor is not in vain in the Lord. (1 Cor. 15:50-58)
​
The one who has an ear had better hear what the Spirit says to the churches. The one who conquers will in no way be harmed by the second death.’
Who will separate us from the love of Christ? Will trouble, or distress, or persecution, or famine, or nakedness, or danger, or sword? 36 As it is written, “For your sake we encounter death all day long; we were considered as sheep to be slaughtered.” 37 No, in all these things we have complete victory through him who loved us! (Rom. 8:35-37)